Yesterday I somehow managed to get in a lot of sewing time! I mended three pairs of jeans, two shirts, and a jumper. 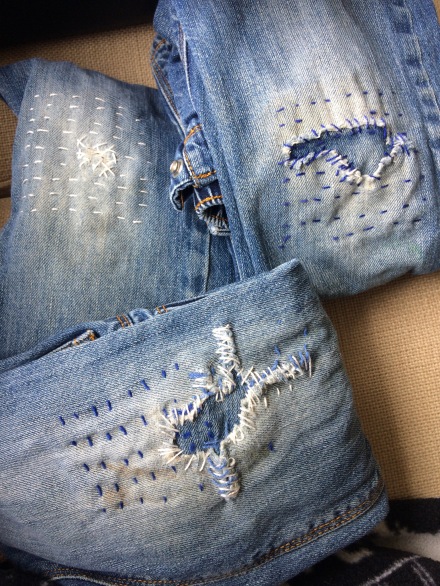 I sewed four lavender eye pillows and a pair of pajama pants.  I’ve made these pajama pants before, but this time I added two inches of length at the top, which makes them much more comfortable. It’s an old McCalls pattern I bought at SCRAP a while back. Tried and true! 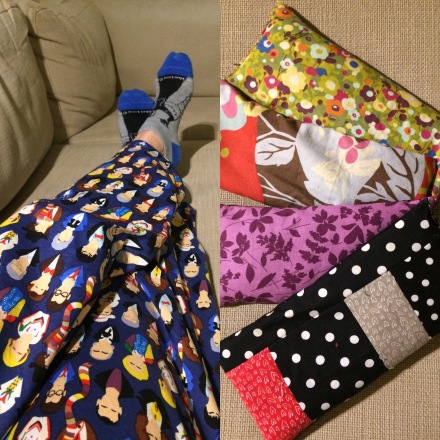 Today, on the other hand, was all about cooking and baking. 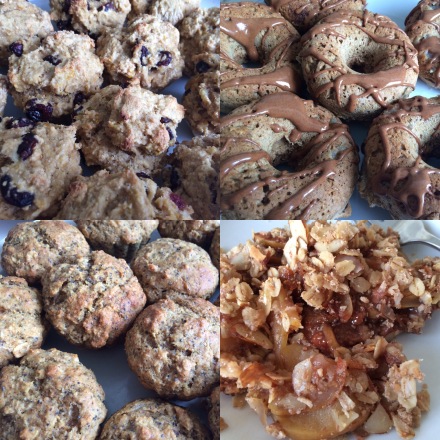 Phew! I’m glad to be out of the kitchen!  I cooked so much partly because I was hungry, but also because I’m starting a new schedule this week which will have me out of the house early and having muffins and other such easy-to-take-along foods will come in handy.  I ran out of energy to make granola bars, but I have some focaccia dough rising overnight… 😜